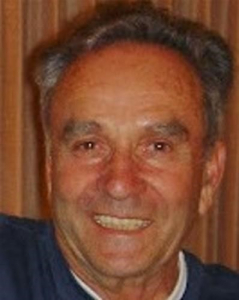 On September 22, 2022, beloved husband, father and grandfather, Walter Taddeucci, passed away after a recent diagnosis of pancreatic cancer. Walt was born in Sebastopol in 1937 and spent most of his 85 years living in Occidental on land where his family has farmed and ranched since arriving from Italy three generations ago.
He is survived by his loving wife of 64 years Norma, children Debbie, Kevin, Crystal and Cedric, grandsons Brandon and Kyle, sister Anita (Alton) Vanderford, many nieces, nephews, and cousins.
After graduating from Analy High School, he worked on a dairy farm before serving in the military as an Equipment Engineer Mechanic. In 1964 he was hired to work for the newly incorporated City of Rohnert Park. He spent 30 years working to develop and maintain the city before retiring from the Public Works Management Team at age 55.
Walt’s hobbies included spending time outdoors, building and inventing things, riding his mountain bike, camping, traveling, exploring, and repairing antique engines and farm equipment. His greatest talent was his ability to understand, design and repair anything mechanical, making him the “go-to-guy” by everyone that knew him. His vast knowledge and eagerness to help solve any problem will be missed by all that knew him.
He spent many years in the Early Day Gas Engine & Tractor Association promoting the collection, restoration, preservation and exhibition of gasoline and oil engines, gas and steam tractors, power driven machinery and other equipment of historical value.
It was important to him to pass along his knowledge, values, and guidance to both his children and the many children he cared for while serving as a foster parent for nine years.
He enjoyed hanging out with family and friends, having coffee with the guys, and most of all spending time with the love of his life Norma and their dog Sadie.
The family would like to thank all family and friends for their support and prayers, and the Hospice team from Sutter Hospital for their compassionate care.
A private celebration of life will be held.
Any donations may be sent in Walt’s name to: http://giftfunds.stjude.org/waltertaddeucci