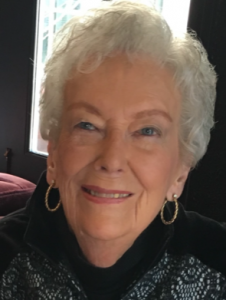 Marjorie Jeanne Nelson known as “Jeanne” of Penngrove, CA passed away on October 19, 2022, at the age of 95. Jeanne is predeceased by her father Alfred Falkenhagen and mother Marian Falkenhagen,  her brother and sister, Richard Falkenhagen and Janet Wahlberg (Engels).

Jeanne was born on September 14, 1927, in Montevideo, MN where she later graduated from Kasson High School. On October 29, 1947. Jeanne was married to Stanley Nelson. Jeanne and her husband, who worked in the oil industry, moved to many places including Des Moines, IA; Overland Park, KS; Naperville, IL and Houston, TX. Jeanne ultimately settled in Sonoma County, CA in 2011 to be closer to her family. Jeanne was a homemaker and enjoyed cooking, gardening, golfing, but mostly playing bridge with her friends.

In her last years she lived in Penngrove, CA with her grandson Derek Baughman and his family. Derek dearly loved his grandmother and was her gracious and devoted caregiver until the end of her life.

In lieu of flowers, donations may be made to the American Heart Association at www.heart.org (800-242-8721) in memory of Jeanne Nelson. Memorial will be private for family. Friends can celebrate her life at the Eggen and Lance website www.srmel.com