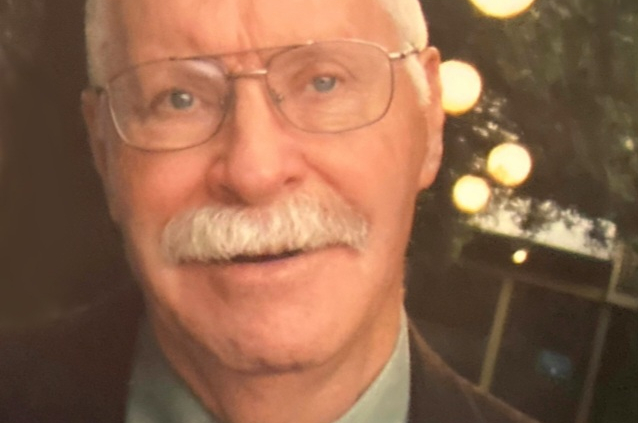 Donald Wayne Hunsperger passed away peacefully surrounded by family in his Santa Rosa home on December 28, 2022 at the age of 77.  Wayne, as he preferred to be called, was born in Dos Palos, CA on August 22, 1945.  The youngest of five children, Wayne overcame obstacles from a difficult birth and developed a strong work ethic and a “do-it-yourself” ability that was important when his family moved to a small farm without indoor plumbing in Koshkonong, Missouri. When he was 11 years old, the family moved back to California and eventually settled in South San Francisco.  At the age of 20, Wayne enlisted in the U.S. Army and was stationed in Korea during the Vietnam War.

After his service he returned to the Bay Area where in 1969, Wayne met a teacher named Valerie Samuels. He was always supportive of her activities and pitched in on any project, big or small, that benefited her or the children with whom she worked. Four years later on September 29, 1973, the two were married in San Francisco. When they met, Wayne was employed by CalTrans and while working there, he enrolled at San Francisco State University where he graduated with a B.A. in Environmental Studies. In 1976 the couple moved from Daly City, where in his mid-twenties Wayne had bought his first house, to Santa Rosa at which time Wayne worked for the Federal Government at the Presidio in SF and as an inspector on the Warm Springs Dam.  Wayne began his job as an Engineering Technician for the City of Santa Rosa in 1980 in the Traffic Department at City Hall.  Later he transferred to the City Water Department from which he retired in 2005.

In 1978, Wayne and Valerie welcomed their first child, Scott. A wonderful father from the beginning, Wayne took on additional roles as a Little League coach, Boy Scout dad, and countless others.  In 1986, the family adopted a daughter, Carol, and then Wayne became a soccer coach and an honorary veterinary assistant helping take care of the many pets his daughter gathered over the years.

Wayne was an avid cyclist, participating in century (100 mile) bike rides.  His enjoyment of gardening produced tasty vegetables, fruits and berries, along with beautiful roses.  His skills and abilities seemed endless. He maintained all of the family cars and demonstrated his expert mechanical ability even moreso when he completely restored a vintage 1939 Oldsmobile using original parts whenever possible. He used the master sewing skills that he learned from his mother to  reupholster car seats and furniture in addition to creating intricate quilts. There was no construction or plumbing task that he could not do. “Handyman” isn’t a strong enough description for someone who could do things from the bottom of the house where he laid all the hardwood and tile flooring to the top, reroofing of his two-story home and everything in between. In his limited spare time, he enjoyed attending Cal Berkeley football and Giants baseball games as well as going to and sometimes ushering at local theater productions and concerts.

At the root of so much of what Wayne did was helping, whether it be people or the environment.  He rode his bike wherever he could and picked up litter every time he walked his beloved dog, Buddy.  He made his own compost for the garden and never let food go to waste.  Wayne was always looking for creative ways to conserve water and when he installed energy efficient windows for the house, he built a greenhouse from the old ones. He volunteered at the St. Vincent dePaul Food Bank and the Cathedral Thrift Shop both located at St. Eugene’s. He was also a 10-gallon level blood donor to the Blood Bank of the Redwoods.  Never saying no to helping a neighbor, friend, or family member; almost everyone who knew Wayne has a memory of him assisting them in some way. As one friend put it, “He was always there in his quiet but strong way.”

His kind heart and giving spirit will be remembered always.  Wayne is survived by Valerie, his loving wife of more than 49 years, and their two children Scott and Carol; his sister Myra Raymond (Dale) and brothers Steve Hunsperger and Bruce Hunsperger (Shirley); brother-in-law Paul Samuels (Nancy) and numerous nieces and nephews.  He was preceded in death by his parents Ralph and Dorothy Hunsperger and sister Bonnie Cearley-Bolan.  In lieu of flowers, donations may be made to one of his favorite charities: the National Parks Conservation Association, the Sierra Club, or a charity of your choice. The interment will be at Santa Rosa Memorial Park and is private for immediate family members only. A Celebration of Wayne’s Life  which other family members and friends are invited to attend will be held in the Spring.