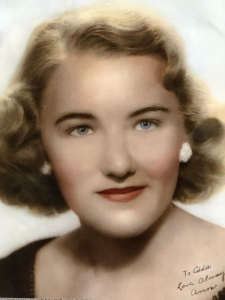 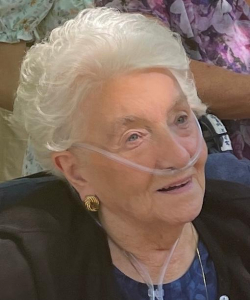 Anna had much to do before resting: She was caretaker and companion to her lifelong child Christine; She had daily visits or phone calls from children, grandchildren and great grandchildren, who would find comfort in her words and blessings, sprinkled with her touch of humor; She was a dear friend to many from her early life in the east and adult life living in Washington and then California.

Anna was born May 3, 1935 in Newark, NJ. The daughter of Marion and Thurman Creel, she was the youngest of three sisters raised by her mother in the Projects. Child life was not easy for Anna, but she chose to see the silver linings. She would reflect on her many weekends with her Nana, also named Anna. She adored her uncle Harold and James, who nicknamed her “Tiny”. She would often speak of her childhood lifelong friends. She remembers the Macy’s Day parade with her mom, and difficulty staying awake because of her chronic anemia.

As a young lady, Anna was employed by Stavid Engineering, Inc. in Plainfield, NJ. She worked as a switchboard operator during World War II, when the wartime economy sought woman in the workforce. Anna’s mother Marion also found opportunity to emerge from a life of barely making ends meet doing odd sewing jobs, to working for Weston Instruments. They were Riveters of the time. Anna had her mind on other things, however. She dreamed of marriage and children, like so many young ladies of the baby boom era. Anna was a rare beauty. Edward knew this when they met. She was 19 and he was 34. From the time of their first date, she would devote her entire life to faith and family, having five children in addition to Edward’s two sons. Anna was proud of her children. She never doubted her choice to be a lifelong mother and homemaker.

Anna navigated a hard life with love and grace, and a passion for the Lord. It was her faith that carried her through the loss of her beloved Edward Sr. in 1993, and then the loss of her eldest son Edward Jr. in February this year. Anna’s heart weakened due to a valve condition about three years ago. She saw her final work ahead. She transitioned Christine to her new legal guardian and sister, Debra, who was also caretaker for Anna in recent years. She also made it to her granddaughter’s wedding one week to the day before she passed.

Anna touched people with her presence, with words often expressed through eyes that smiled when she did. “God Bless You”, she would often say. Anna will be remembered by all who knew her for her virtuous commitment to sharing her faith through love.

Services are scheduled for August 27, graveside at Franklin Park Cemetery at 11 a.m. and Celebration of Life at First Presbyterian Church on Pacific Ave at 1 p.m., followed by reception.