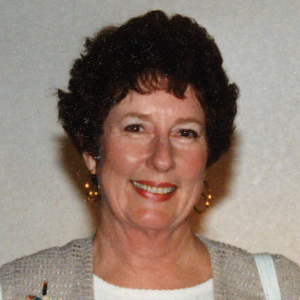 A native Californian and descendent of pioneer families, Ann was born October 4, 1930, to Lyle and Helen Jackson of Turlock. The family re-located to Stockton in 1937. After graduating high school, Ann attended the College of Pacific. Soon thereafter, she met her husband-to-be, then Lieutenant Lawrence (Larry) H. Bulawsky, Jr. of San Francisco. The loving couple married in 1949, embarking on an exciting and adventurous life in the military. After three decades of continuous service, a multitude of family moves and travels throughout the U.S., and all while adeptly wrangling a family of seven with countless pet creatures of all kinds (indeed she was a “koi whisperer”), Ann and Larry retired to Santa Rosa in 1976. They became active in many community functions and organizations, including the Retired Officer’s Association and Wives Club and the Santa Rosa Symphony League. Both were active members of the First Presbyterian Church. Larry passed away in 1984. In the years following, Ann continued being the ever-loving, strong and caring matriarch to her ever-growing family of many: children, grandchildren, nieces, nephews, and all of their kids, ongoing. She will be missed by all in presence of her loving nature, gentle strength, and that heartwarming smile of hers.

She is interred at Santa Rosa Memorial Park in Santa Rosa, California.