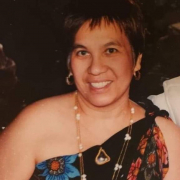 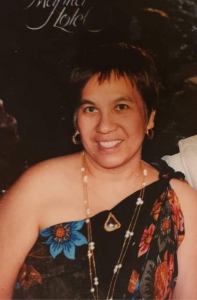 With a heavy heart, we announce the passing of Priscila Navarrete at her home on October 18, 2022, surrounded by family. Beloved wife of Dr. Antonio M. Navarrete. Loving mother of Angelina, Marie and Cem Bolkan, Anne and Michael McCarthy, Antonio Domingo, and Isabel. Grandmother of Anla, Leyla, Gabriel, Nathan, and Sofia. Visitation on October 24, at 9 am, St. John the Baptist Catholic Church, 208 Matheson Street, Healdsburg, CA, followed by mass. 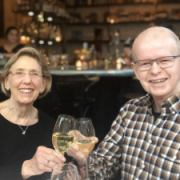 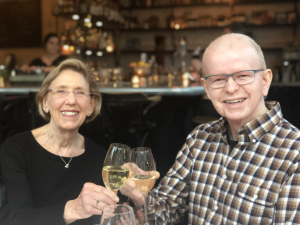 Son of Charles A and Maria A Wilson, Chuck was born in Healdsburg, CA and lived on the family ranch part of which is now known as Wilson Grove – homestead of Matthew Alexander Wilson in 1857.

Chuck graduated from San Jose State and married Alberta Lee Mauler before serving together in the Peace Corps in Brazil. He received his Masters in Public Health from Minnesota State University.

Chuck had a deep faith in Jesus. He and Bertie served the Lord and people all over the world with Partners International for over 30 years.

Later in life, Chuck enjoyed spending time with his family – especially his grandchildren and served on the missions committee at Sunset Presbyterian Church and with Mission ConneXion in Portland, OR.

Chuck is survived by his life long partner and wife of 60 years Bertie, his two children and spouses, and five beautiful grandchildren.

Service will be held on October 6, 2022 at 10am at Eggen and Lance Chapel, Santa Rosa, CA and a service in Portland to be scheduled.

Flowers or remembrances can be sent to Bertie or in lieu of flowers donations can be made to Partners International, Spokane , WA. 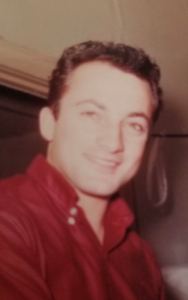 Terry Coxon laughed at his own jokes before he told them. He was born on July 3, 1944 in Oakland, California to Harold and Patricia Coxon. His family spent several years in Los Altos before settling in Palo Alto.

An early entrepreneur, Terry sold greeting cards door to door, earning enough to hire another boy to pull him along his sales route in a wagon. He and his older brother Ron picked and pitted apricots when orchards still abounded in San Jose. This being the 1950s, Terry enjoyed ample boyhood mischief—at one point he taught his friends to make small explosives, bought out the necessary ingredients from the local drugstores, and resold them to those same friends at a profit.

Terry enjoyed surfing in Santa Cruz, driving his Mustang, and family trips to Wrights Lake. He graduated from Bellarmine College Preparatory in San Jose in 1962, received a B.A. in Philosophy from Stanford University in 1966, served as a Lieutenant JG in the US Navy during the Vietnam War, and received an M.A. in Economics from the University of California, Los Angeles in 1973.

Terry met Betsy Lamer at UCLA when he knocked on her door canvassing for Young Republicans. He cooked veal marsala for their first date and took her to Baskin-Robbins for ice cream. They married in November 1973 in Walnut Creek, lived briefly in West Vancouver, British Columbia and Burlingame, and settled in Petaluma in 1980 to raise their growing family.

Terry was the author of Keep What You Earn and the co-author (with the late Harry Browne) of Inflation-Proofing Your Investments. He edited Harry Browne’s Special Reports for 23 years and all of Mr. Browne’s investment books since 1974. When Browne tapped him to run for Vice President of the United States on the Libertarian ticket in 1996, Terry declined in order to preserve his privacy and notoriously late wakeup time.

Terry founded the Permanent Portfolio Fund and served as its president for 22 years. He was also the president of Passport Financial, Inc., a specialty financial publishing company.

Terry was a gentle, loving, and steadfast father. He instilled in his children a healthy suspicion of authority and a respect for precise language and the truth. He taught them to read Latin with varying degrees of success, watched their countless gymnastics meets and football games, and made them do a lot of chores. He took up snowboarding in his 50s so he could snowboard with his family at Alpine Meadows (where he rarely ventured past Roundhouse).